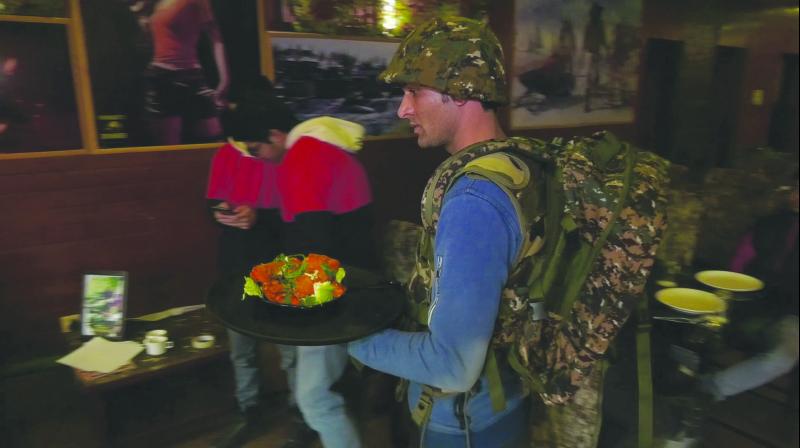 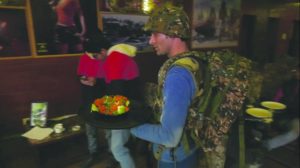 Srinagar: Amid growing public concern about the side effects of PlayerUnknown’s Battlegrounds (PUBG), a restaurant being run on the theme of the popular online game in capital Srinagar has become a new heartthrob of Kashmiri youth.

PUBG is a 2017 online multiplayer battle royale game developed and published by PUBG Corporation, a subsidiary of South Korean video game company Bluehole. The game inspired by the 2000 Japanese film Battle Royale has become popular particularly among the young. In fact, it has taken the gaming sector by storm with over 100 million downloads in India and over 200 million downloads worldwide.

However, parents across the country have sought a complete ban on the game on the plea that it promotes immoral conduct such as violence, murder, aggression, looting, gaming addiction and cyber bullying.

Also WHO’s ICD 11 has warned that the side-effects which can be caused with PUBG addiction include depression, insomnia, migraines and headaches, spondylitis and even substance abuse as a result of compulsive disorder. Psychiatrists say that addiction to such games can trigger the want of drugs and ultimately leading towards deterioration of health.

However, unmindful of the hazards, the mobile game has become an instant hit in Kashmir too where there are hardly any avenues of entertainment available to its youth. Even the movie theatres in the Valley have remained shut ever since the separatist campaign burst into a major violence in 1989-90 and a government aided endeavour to reopen them a decade and a half ago botched down.

Meanwhile, many youth of the Valley have been attracted to “Winner’s Dinner”, a PUBG-themed restaurant and cafe set up by a group of friends in Srinagar’s Raj Bagh area. The place is decorated with camouflage clothes and war room tables, even the pans have been specially designed based on the game. Its walls have been covered with the images and maps of PUBG. “Winner’s Dinner” has toy guns, helmets and armoured jackets. Most of the people who visit here wear them to take pictures. They also take selfies with the waiters who too are found draped in military fatigues.

In PUBG “Chicken Dinner” is served to a person who wins a game. He or she actually is not served any chicken dinner but it is just like a title the winner gets after killing people and claiming the “chicken dinner” by surviving in the game. But here at “Winner’s Dinner”, “chicken dinner” is a popular meal served to guests, apart from other food items that have been named after different levels of the game. “Kashmir got its ‘chicken dinner’ for real and the PUBG fans couldn’t have asked for more,” said Moazzam Meraj, one of the three friends who managed to set up the restaurant cum café in just three months despite all odds including initial opposition by their parents. He added, “The theme-based café is attracting kids and adults alike to visit and feel the thrill”.

Fasil, a city youth, said, “I’m their regular customer. Since I play this game rather am very fond of it I come here very frequently. While here you feel being part of the (PUBG) game. Whatever you find here is related to this game”. He added, “When we eat here we feel we are also playing the game. We get great pleasure out of it.”

Soban, a student, corroborated him and said that he also felt being in the “battle-ground” while having ‘Chicken Dinner’ here. “I sense I’m in the battle ground with my squad, fighting and simultaneously enjoying chicken dinner. It looks real,” he said.

Governor Satyapal Malik recently claimed that the Kashmiri youth are turning to the gun also because they do not have much to do in the evenings.

“The youth has nothing to do after 6 pm even in Srinagar city. They do not have a cinema hall, cafés or a place to go out for entertainment,” he said while addressing recently-elected village heads in winter capital Jammu. Though criticised by various political parties for his seeking to blame the rising trend among the Kashmiri youth to joining militancy instead of acknowledging their politically-driven discontent, Mr Malik is reported to be keen on opening of movie duplexes and other centres of entertainment in Srinagar.

He has also promised to carve out playgrounds in every village. The governor’s administration will also welcome private investment in entertainment sector.