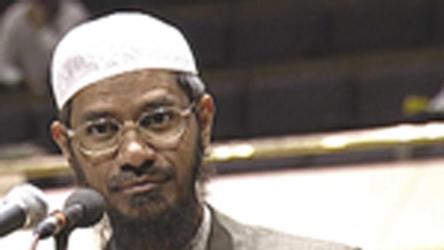 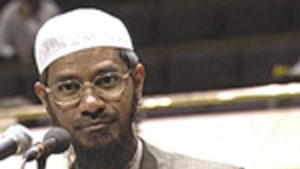 Malaysia’s human resources minister M Kulasegaran on Tuesday called for action against controversial preacher Zakir Naik, who has been granted permanent residency in the country, for questioning the loyalty of Malaysian Hindus.

Kulasegaran, one of the senior-most Hindu politicians in the Malaysian coalition government, said in a statement that Naik’s “actions do not reflect one deserving of a permanent resident status and this will be brought up in the next Cabinet meeting”.

He said the time had come for the “fugitive foreigner to leave Malaysia and to face charges of terrorism and money laundering…in India”.

Kulasegaran has criticised Naik in the past too and raised the issue of the preacher during a meeting of the Malaysian Cabinet in July last year along with two other ministers from minority communities. He was angered by Naik’s recent remarks that Malaysian Hindus were more loyal to the Indian prime minister than his Malaysian counterpart.

“For questioning the loyalty of Malaysian Hindus and touching a raw nerve in our multi-ethnic society, necessary action must be taken against the controversial preacher Zakir Naik,” he said.

Kulasegaran described Naik as “an outsider who is a fugitive and has little knowledge of the Malaysian history”. He said Naik shouldn’t be “given such privilege to run down other Malaysians” and question their loyalty to their country.

“Is Naik also attempting to create a fissure in a multi-ethnic and religious society so that he continues to enjoy immunity and privilege by obtaining the support of the Muslim community to continue to stay in this country?” he questioned.

Kulasegaran said Malaysia has “enjoyed relative peace and harmony as compared to many Islamic countries due to the great balancing act of its leaders” and its stability is rooted in accommodating different ethnic groups without questioning their loyalty.

“Should Malaysians be split over a man called Zakir Naik? Therefore, it’s time for Malaysians to unite and safeguard the peace and stability of the nation by exposing the dubious strategy of Naik in using religious and racial sentiments in a tolerant and harmonious country,” he said.

India is yet to hear from Malaysia on a request to extradite Naik, who faces charges of money laundering and inciting terrorism. In June, Mahathir said Malaysia had the right not to extradite Naik if the preacher believes he will not get justice at home.

Mahathir’s remarks had focused attention on the issue of Naik, who has lived in Saudi Arabia and Malaysia since he left India more than two years ago and whose case has become an irritant in India-Malaysia ties.