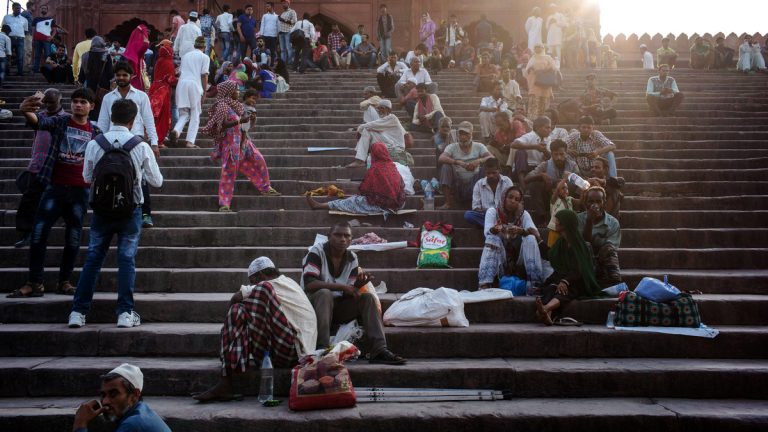 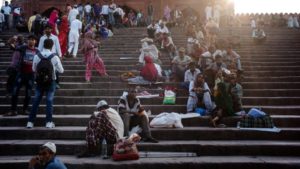 “Doctrines alien to Indian Islam imported from the most socially backward and culturally barren part of the Muslim world have to be purged. We have seen the disastrous impact of these imported doctrines in Sri Lanka; we must not allow this to be repeated in India. This is a warning the Indian Muslim community must take very seriously in order to prevent a segment of Muslim youth from falling into the trap of extremist propaganda passed off in the garb of ‘true’ religion”, writes Mohammed Ayyub, Professor Emeritus of International Relations, Michigan State University, and Non-Resident Senior Fellow, Center for Global Policy, Washington DC

The recent terrorist attacks in Sri Lanka by a group of radicalised, extremist Muslims have reinforced the need for both the Indian Muslim community and the Indian government to forge effective strategies to prevent similar radicalisation of a segment of Indian Muslim youth who are in danger of falling prey to the monstrous ideology that inspired the Sri Lankan carnage.

The fact revealed by the Sri Lankan army chief that the mastermind behind the Easter Sunday attacks visited Kerala, Kashmir, and Bengaluru before committing the atrocity in order to either train or network in India makes this all the more imperative.

Indian Muslims need to give up the attitude prevalent among a segment of the Indian Muslim community of self-delusionary denial based on the premise that “others” have committed the crimes and deliberately put the blame on Muslims to malign the community. I have come across this stance on several occasions ranging from the 9/11 attacks in New York to the brutal beheadings carried out on camera by members of the ISIS in Iraq and Syria. This attitude is based on a refusal to introspect and seriously analyse the root causes that lead a very small group of Muslims to commit such horrific acts.

A part of the motivation for terrorist acts undoubtedly comes in the form of reaction to majoritarian ideologies, Hindutva in the case of India and Sinhala-Buddhist chauvinism in the case of Sri Lanka, which promote a high sense of insecurity among the Muslim minorities in the two countries. However, this does not mean that the Indian Muslim community should minimise the importance of the principal factor that has become embedded within South Asian Muslim societies that promotes radicalisation. This is the adoption of extremist religious ideology by a segment of Muslims in the subcontinent that leads the indoctrinated to commit acts of terror. This factor, it has become clear, played a crucial role in motivating the Sri Lankan terrorists and can no longer be swept under the carpet.

The generic terms used for this nefarious ideology that promotes radicalism are Salafism and Wahhabism, which are often used interchangeably. The two pillars of this ideology are an extreme puritanical outlook and a craving to return to the mythical early days of Islam, when it is assumed religion was not ‘corrupted’ by external influences. These tendencies inculcate not only insularity among their adherents but also hostility both towards people of other faiths and towards the very large majority of Muslims who do not subscribe to the ideology. Consequently, this ideology undermines the prospect of Muslims in India and Sri Lanka integrating fully into the multi-religious and multi-ethnic societies in which they live and acting as full citizens.

The followers of this cult, for it is nothing better than a cult, consider themselves to be the only ‘true’ Muslims and believe other Muslims are highly misguided or even beyond the pale of Islam. It is this distorted approach that underlies the bombing of Sufi shrines and the killing of members of the Shia community as witnessed in Pakistan. It also drives some devotees of this ideology to commit acts of terror against non-Muslims as witnessed recently in Sri Lanka and brutalise other Muslims as was the case in Iraq and Syria in territories controlled by the ISIS.

Although the group that engages in such acts of terror is extremely small, it is the product of a mindset that is shared by a larger number of Muslims. One cannot resolve the problem of terrorism undertaken by this very small group of Muslims without eradicating this ideology that divides people into the ‘pure’ and the ‘impure’ both between Muslims and non-Muslims and among Muslims themselves.

This insidious ideological infiltration among Indian and other South Asian Muslims started from the late 1970s onward. It was the result of several inter-related variables but the most important of these was the vast increase in employment opportunities in the energy-rich Gulf countries following the oil boom of the 1970s. This resulted in many Indians of all faiths temporarily locating to these countries in search of higher earnings and better economic prospects. While a large number of Indians belonging to other faiths also moved to the Gulf in search of lucrative jobs, the religio-cultural impact of the encounter with the fundamentalist Salafi/Wahhabi form of Islam followed in these countries, especially Saudi Arabia, on a section of Indian Muslim emigrants was qualitatively different because of shared religious affiliation.

Several of these temporary Muslim migrants returned to India enamoured with the obscurantist ethos of these oil-rich countries because of their phenomenal wealth combined with the fact that they spoke Arabic, the language of Islam’s holy book, and dressed in their tribal attire that many Indian Muslims mistook for the dress code of the Prophet’s era. Indian Muslims do not realise that the attire of the tribes of Nejd, the home of the Saudi elite, and that of other Gulf tribes living in eastern Arabia is very different from the clothing worn by the Prophet’s original followers who hailed from the Hijaz in western Arabia. They also do not fathom the fact that merely speaking in Arabic does not mean that Arabs understand the essence of the Holy Quran since it is written in classical not colloquial Arabic.

The fascination with the reactionary ethos of the Gulf countries, especially Saudi Arabia, is publicly exhibited in India above all by the adoption by a section of Indian Muslim women often under patriarchal pressure of an ultraconservative dress code, including the niqab or full face covering popular in Saudi Arabia and some other Gulf countries. Some Muslim men have also adopted the long robes worn by the Gulf Arabs in the mistaken belief that it demonstrates their piety and their adherence to the sunnat (tradition) of the Prophet.

But this display of presumed orthodoxy and devoutness constitutes merely the tip of the iceberg. The impact of Wahhabi/Salafi Islam on the mindset of a segment of returnees, who also passed on their preferences to a much larger group of relatives and acquaintances already impressed by the formers’ newly acquired prosperity, has been more profound. Islamic beliefs and practices among some Indian Muslims began to approximate the harsh Wahhabi dogma from the 1980s onward. This dogma stands in stark contrast to the indigenous version of Islam in India based on the liberal Hanafi school of jurisprudence heavily overlaid with Sufi beliefs and practices. Sufism, infused with syncretism and toleration of all religions, has provided natural defences against extremist attitudes among Indian Muslims. The ideological infiltration of Wahhabism/Salafism has eroded some of these defences and made a section of Muslims vulnerable to extremist ideas. This is what lies at the base of the terrorist orientation of a microscopic minority of South Asian Muslims; for although all extremists are not terrorists, the latter, more often than not, are products of extremist ideologies.

Opinion leaders and religious scholars from within the Muslim community in India have the primary duty to confront and defeat the malign Wahhabi-Salafi influence on Indian Muslims in order to preserve the liberal and syncretic nature of Indian Islam, thus preempting the spread of extremist ideology among Muslim youth.

Doctrines alien to Indian Islam imported from the most socially backward and culturally barren part of the Muslim world have to be purged. We have seen the disastrous impact of these imported doctrines in Sri Lanka; we must not allow this to be repeated in India. This is a warning the Indian Muslim community must take very seriously in order to prevent a segment of Muslim youth from falling into the trap of extremist propaganda passed off in the garb of ‘true’ religion.

Nevertheless, the impact of the growth of Hindutva on the Indian Muslim psyche can be countered only by the policies and actions of the governing elites at the Centre and in the states. Only they can take concrete steps, such as quick and impartial action against those responsible for creating mayhem in the name of religion whether in the form of lynching or in some other form, to reassure Muslims that the state will not shirk its responsibility of providing them physical security and ensuring that they are treated with fairness and dignity.

Such a strategy on the part of state elites complemented by speedy action by Muslim scholars and opinion leaders to counter the Wahhabi ideology can act as the best antidote to the percolation of radical ideas among the Muslim youth.  The first will remove their sense of alienation from the Indian state; the second will help them return to their roots of syncretism and humanism that have traditionally formed the essence of Indian Islam.