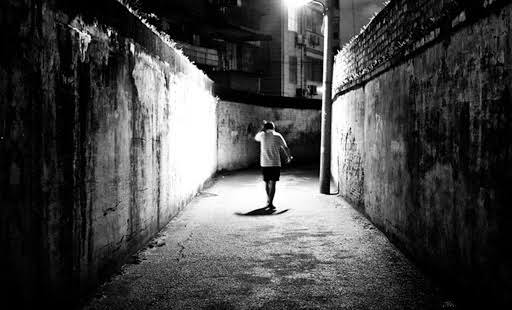 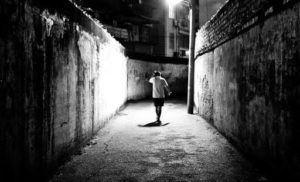 China, one of the most powerful countries on this planet that certainly boasts of an ancient and mystic history has become a giant dragon economy owing to the past two decades. It is a country that has wielded considerable influence on world economy fairly attributable to its massive size and booming population.

The sheer fact that China attained independence after a prolonged period of military backed aggression speaks volumes about its combative demeanor. Its annexationist and expansionist strategies have also contributed to its large size as far as its territorial expanse is concerned. With its “One Belt, One Road” Economic Project sailing on high tides, countries are growing extremely suspicious of the South Asian giant’s strategy.

Fairly recently, China was accused at the international level of an attempt that draws a direct mental image parallel to the Holocaust in Germany, the ethnic cleansing of the Jewish Community under Hilter.

The Uighur Muslim Ethnic Community concentrated mainly inthe Xinjiang Autonomous Region of China is facing severe castigation in the name of “re-education” or “vocational training” as claimed by the Chinese Authorities. The region has had intermittent autonomy and occasional independence, but what is now known as Xinjiang came under Chinese rule in the 18th Century. An East Turkestan state was briefly declared in 1949, but independence was short-lived – later that year Xinjiang officially became part of Communist China. In the 1990s, open support for separatist groups increased after the collapse of the Soviet Union and the emergence of independent Muslim states in Central Asia. However, Beijing suppressed demonstrationsand activists went underground and now China has detained as many as 1 million Uighurs in so-called “re–education centers” and forced them to undergo psychological indoctrination programs — like studying communist propaganda and giving thanks to Chinese President Xi Jinping. Chinese authorities have also reportedly used waterboarding and other forms of torture on the ethnic minority (as reported by The New York Times).

Lately, an investigative documentary by BBC shows the vast system of highly secure facilities thought to be holding more than a million Muslims in China’s western region of Xinjiang. It shares a peek into some of the “re-education” camps that the Uighurs’ are being sent to, by the Chinese government. The activities that the Uighurs are deployed to undertake are; singing anthems glorifying the Chinese Premier, swearing allegiance to the Republic of China and undertaking activities such as music and dance that are forbidden in Islam. The camps are also aimed at “changing” the thoughts of the Uighur Muslims in a way that they give up their religious conduct completely.

The heinous reality of the Chinese Government’s attempt at Racial Profiling seems to have been neglected by the rest of the world. This act of large scale incarceration of a minority population in this time and era asserts one thing. China desperately wants to do away with even the most benign manifestations of Islam. Government Officials have destroyed mosques including the Imam Asim Shrine, one of the revered shrines in Xinjiang, citing grounds of inferiority of constructed buildings. Uighur parents have been issued a list of names that are banned for their babies including names such as Mohammed, Ali and Medina. Procuring Halal food is becoming extremely difficult in Urumqi as the local government has launched a campaign against it. According to the Pew Research Centre, Islam is “the fastest growing religion” in the world, their research further suggests that Muslims will grow more than twice as fast as the overall world population between 2015 and 2060 and, in the second half of this century, will likely surpass Christians as the world’s largest religious group (Lipka, Hackett 2017).

It is fathomable that the Communist Party of China identifies itself largely with Communist Ideology, even after undergoing drastic alterations during and after the leadership of Deng Xiaoping, its aversion to Religion in general is comprehendible.

However, officially Atheist China should be repulsive towards all religions then. Chinese people, as a matter of fact are quite religious. Buddhism, Taoism, Christianity, Chinese folklore, Confucianism freely flourish in China. Atheist China according to their Communist logic should subject Buddhist, Taoist, Christian people to “re-education” as well, considering their preoccupation with the notion that religion fuels extremism and separatism as it has among the Uighur Muslims, according to the Government.

China’s fear of Islam can also be understood from adoption of absolute silence over the killings of the Rohingya Muslims in Myanmar. Being brutally maimed, raped and killed at the hands of Buddhist Monks and the Myanmar Army, Rohingyas were purged out of their own homeland because the Myanmar Government was determined to derecognize this ethnic Muslim population as belonging to the country they and their preceding generations had lived in. Taking cue from the violence in this neighboring country, Atheist China should have planned a crackdown on Buddhists, rather China went ahead and treated Islam as a pathology and Muslims as being affected with a malignant disease, giving rise to an open Holocaust targeting Muslims for nothing else, but being Muslims.

While the international community has raised its concerns regarding the inhuman treatment of Uighurs in China, with United Nations demanding access to these “Re-EducationCamps”, European Union asking China to respect religious freedom and rework its policies in Xinjiang, Human Rights Watch proposing that the United States and other countries could take actions to discourage this Chinese malignancy such as publicly challenging President Xi; sanctioning senior officials, such as Chen Quanguo; denying technological aid and assistancethat expedite the mechanisms of abuse; and preventing China from targeting members of the Uighur diaspora by demanding their deportation back to China. But there has been no legal or moral action against China. The fact that becomes apparent here is Pakistan’s adoption of utmost silence. Pakistan is an active member of the Organization of Islamic Countries and has on several occasions voiced its concerns over oppression of Muslims be it in Kashmir or the lynching of Muslims in India at the United Nations General Assembly. Here, an occasion where Pakistan could have raised its voice for the protection of the religious rights of Muslims, it seems as though the Yen has bartered Pakistani silence in exchange of development.

Another case of display of lackadaisical attitude as well as a completely business oriented outlook was noted when nearly nations came together at the U.N. Human Rights Council wrote a letter slamming China over its gross human rights violations through its systematic procedure of mass detention of Uighur Muslims. In response, Saudi Arabia, Russia and 35 other states wrote a letter upholding China’s noteworthy attempts and achievements in the field of human rights and poverty alleviation.

When the urge to balance internal economics soars higher than morals should; the otherwise guardians of Islam and in mainstream parlance humanity find funds to be their only friends. With Islamic nations like Saudi Arabia and Pakistan washing their hands off the responsibility to aid the Muslims community, it isn’t surprising that while Kashmir is a question at the OIC, Xinjiang hasn’t made it to the deliberation table yet.