Home INDIA What does Maharashtra’s De-Radicalization Program hold for the Indian Muslim? 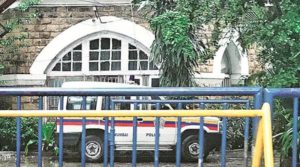 – Tarushi Aswani
Living in a time when multiple incidents of violence against Muslims across India are being reported very frequently, it is an ordeal in itself to separate genuine initiatives to lessen violence among Indians and movements that cloak themselves as initiatives only to further fuel communal hatred.

It has become a fragment of international attention that dozens of Muslims have been killed by Hindu groups in the past five years over allegations that they slaughtered cows or had eaten beef.

Recently, Tabrez Ansari, 24, was beaten by a group of men over accusations he had carried out a burglary in Kharsawan district, in Jharkhand state. Tied to a pole, Ansari is also forced to shout “Jai Shri Ram” (Hail Lord Ram), a slogan increasingly that Hindu far right groups have used to assert dominance, according to the footage, which has gone viral. The police claimed to have arrested 11 people over the torture of Tabrez who later died of his wounds, in the latest suspected lynching in the country by Hindu vigilantes.

Indian Muslims constantly live under the fear of being lynched, maimed and humiliated just for being identified as Muslims. With religious hatred snowballing into what now seems to be a systematic way to create psychosis among the Muslim community; raids by NIA and ATS are only intensifying the sentiment of “otherizing” Muslims.

However, Maharasthra’s ATS, has taken a different approach towards Muslim youth who get trapped into radical webs asking them to pledge their allegiance to terrorist organizations.

In Mumbai, ATS officers say a large part of their success is because of alert family members, or persons close to them, who make that crucial decision to call the police before it is too late. “The popular perception is that we reach these individuals though our own investigation. In reality, in more than a dozen cases, we got to them because their own family members tipped us off before their son or nephew or, in some cases, daughter got into bigger trouble,” said a police officer closely involved with the program.

With their strategy being confrontational and reconciliatory, ATS Maharashtra makes sure that Psychometric tests are established and the ATS set up a face-to-face meeting in their office.